All about tiger mice

Three years ago, Moomin wrote a book: About Tiger Mice. I noted his comment on the title at the time. “I was going to call it ‘All About Tiger Mice’ but there’s a lot to say about them and I can’t say all of it.” This is so characteristic of his personality.

Last week I got Moomin Tiger: The Ultimate Guide, an extremely good book by Valmak Thapar, “The Tiger Man”. Moomin’s been saying for a while that he’d like to be a tiger scientist in India who writes a lot about tigers, so I thought this book would be useful and he could write fan mail to Thapar as he reads the book.

Unfortunately I left the book out on the counter and he saw it before I could hide it for his birthday! Now I have to figure out another birthday present that’s just as good! 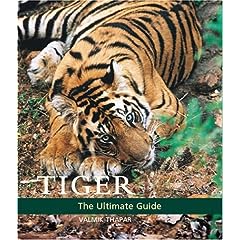 When I was little I wanted for a while to be an archeologist. Then frankly I switched over to a hybrid, secret future occupation something like “robot-inventing space warrior international spy who also writes and is sort of a hooker” but saying “neurosurgeon” when asked by adults what I wanted to grow up to be. I also thought being a bit like Madalyn Murray O’Hair would be good, but that’s when I was 10 and didn’t know she was kind of a jerk. I admired her ability to speak up and be obnoxious and go against what so many people thought was the way things had to be. (Based on probably 2 column inches of press in the Houston Chronicle in 1980.) Then in middle school I thought about chemistry and electronics a lot, and computers, picturing my future making some awesome discovery that woudl make everyone else look foolish and me a big genius like I was in a Paul de Kruif book (The Hunger Fighters! The Microbe Hunters!). Somehow, graduating college before I was 20, I’d figure out how to refine aluminum in some way so efficient that people would practically fall over dead they’d be so impressed.

Moomin’s imaginings of what it’s like to be a tiger scientist must be extremely cool beyond what he can express. Probably he’s leaping around like Aung Zaw Oo while soul-bonding with baby tigers and saving them from evil environment destroying hunters with superhero moves, alternated with scenes from the mad scientist laboratory with bubbling beakers where he discovers something amazing that saves tigers even more.

We saw the ISS again tonight, very bright, magnitude -3.1 and going right overhead on from the Santa Cruz Mountains. I checked Twitter and Twisst right at 6:55. It was scheduled to be visible at 6:56, so we ran outside, saw it miraculously coming up in a clear sky, Moomin did a solar panel dance with his arms out, we kind of jumped around and sang “International Spaaaace StATION!!!” like it was a 70s cartoon theme song, went up through the useless pilothouse to the quarterdeck’s roof, scrambled up and laid there to watch it pass directly overhead and off to the northeast. I yelled “PEOPLE ARE IN THERE FLOATING AROUND!” and then we laughed really hard and waved at them.

In Swallows and Amazons we’re up to the bit where the Swallows are planning their strategy to win the war against the Amazons. Moomin read all the way up to there last night after I put him to bed and had read chapters 1 and 2.

My leg still hurts, not as bad as earlier in the week, I’m off the pain drugs, we kayaked for an hour in the sunny afternoon, but I still worked most of the evening instead of hanging out with him. So the ISS moment was nice to have as a respite from ignoring my kid, working too hard, being cranky from pain, making him get the laundry and fetch me things and take out the garbage and so on.

Too cool for school
Santa's a sexist!

This entry was posted in Creativity and tagged books, drawings, science, tigers, writing. Bookmark the permalink.

25 Responses to All about tiger mice